As her name suggests Alexandria is the queen of the werewolf kingdom, who have long fought persecution by humanity. For years they’d been hunted, despite not seeking out contact or conflict with humans, with only a few rogue members not in control of their animal urges, condemning them all to be hated and feared. She is only the second queen in 700 years of kings ruling the wolves.

A ruler is chosen in a mystical ceremony that marks the new royal after the passing of the last with golden eyes, setting them apart from all. The control and protection of the kingdom is the responsibility of Alexandria and her sentinels, the fiercest warriors of the society, akin to the samurai of Japan though with obvious extra talents.

When Alexandria was chosen she had only just been welcomed into the wider world of the wolves, her immediate family having been killed by vampyres who attacked the tavern they owned, when she was in her late teens. At first overwhelmed by the enormity of the task at hand she quickly adapted, seeing the good she could do to protect her people.

At first the new queen sought to shield and hide her people from the world, actions that echoed previous holders of her position. However as mankind pushed ever deeper into the wild during the phases of the industrial revolution, conflict became inevitable and frequent. Forced to act she charged her sentinels with confronting the threats by any means necessary. A quiet war began between the wolves and secret agencies of the various governments of the world.

With the wolves spread so thin across the globe that war did not go well, and there was evidence that some human agents were working with vampyres to help eliminate the species.

At the edge of extinction in 1885 they fought back with open attacks on humans, resulting in a barely contained battle on a Winter’s night in Edinburgh, Scotland, that year. The wolves were stopped by Flint and the Society and the public knowledge of their actions covered up. In an effort to stop further aggression between the species Flint offered a place in the Society to a representative of the wolves, to help counter threats that would affect both parties, and as an olive branch to let peace flourish.

To show leadership the queen of the wolves herself took up the offer, and has fought alongside her unusual group of new friends since that night in Scotland. 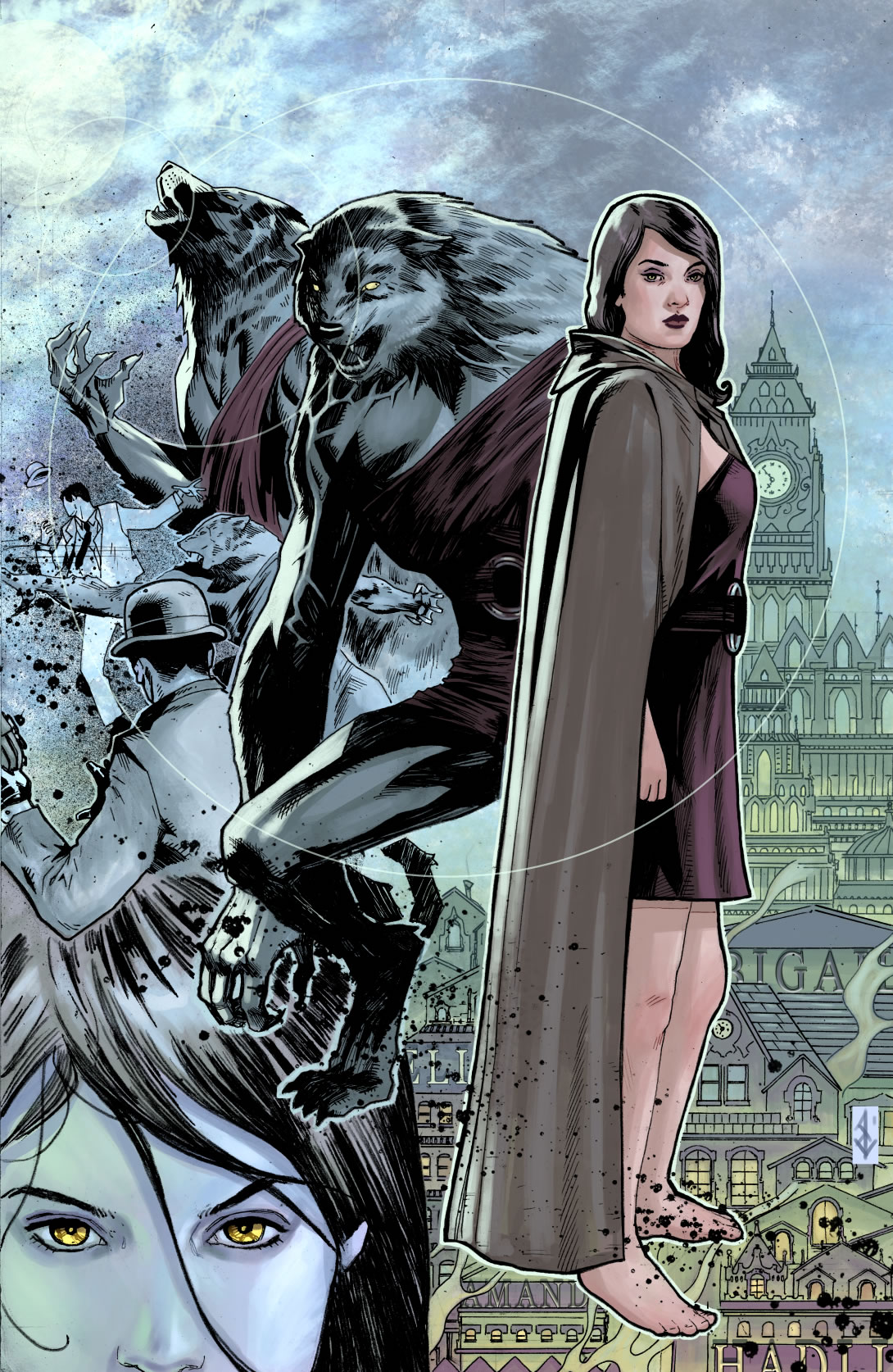