What we would now describe as an android, though he prefers the term mechanical man, Charles Brass is Flint’s closest confidante, and a clockwork man of mystery.

Discovered in an ice flow in the Antarctic by a science expedition in 1876, he comes into Flint’s possession when he and his crew aboard his ship, The Invincible, rescue the science team from their iceberg stricken vessel.

Once thawed out, Brass seemed little more than an integrate clockwork ornament who’s purpose was unknown. However a week later he sprang into action to help Flint fend off an attack on Hawaii, by a skyscraper sized beast that had risen from the depths of the ocean. Since then the two have become firm friends and have fought side by side, and in some cases back to back, against the forces of darkness.

How he was created, and how he came to be entombed in the remote ice at the south pole have yet to be uncovered. 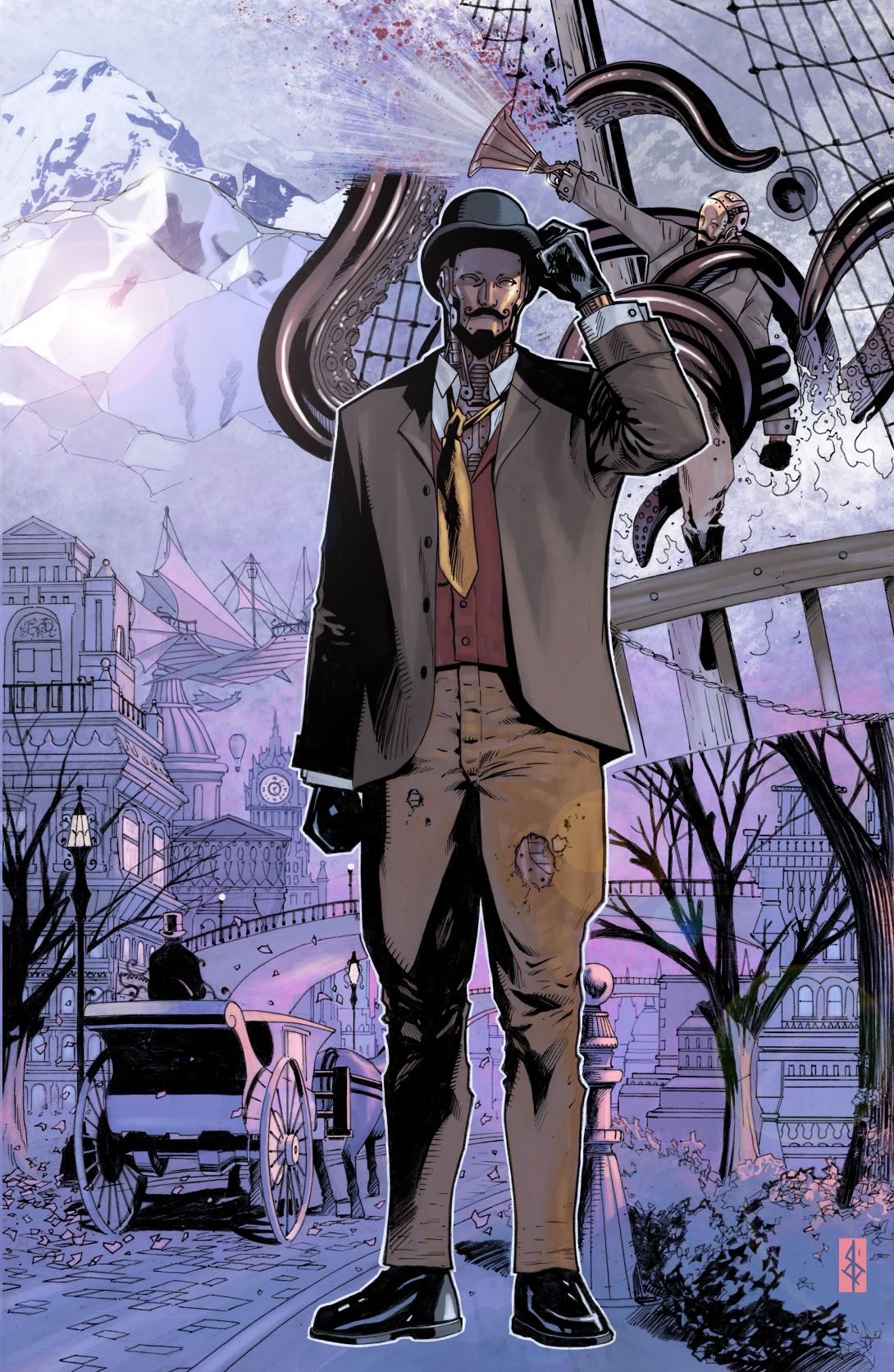