When the monster he’d created begged Victor Frankenstein for a companion just like him, Diana was the result.

Using the same apparatus he’d created for the original experiment, a refined chemical elixir of life, and combined with the lightning of a raging storm, Victor once again gave life to a jigsaw of the dead.

Seeing his monster gently cradle his new bride and declare his love for her, Frankenstein, suddenly terrified by the possibility of them birthing a new race of horrors, destroyed the laboratory and seemingly the woman.

Victor had underestimated the potency of his new elixir however, and the bride’s second hand flesh regenerated and healed, leaving the patchwork woman devoid of memories and alone. Stumbling from the wreckage of the lab she wandered into the night.

Heavily scarred, and with a deathly pallor, she terrified and was chased by all she encountered, until she was taken in by a man and his wife in a remote part of northern Italy; both of whom rejected by society due to their leprosy. In the few years she spent with them before they finally succumbed to their disease, she educated herself and took the name Diana, after the Roman goddess of the hunt and the Moon, as nightfall was when she would venture out from seclusion for provisions. She would also observe the rest of humanity in Italy’s larger cities. She added Von Storm, from the storm, to signify the fractured memories of her birth, racked by lightning on a stone slab in Frankenstein’s laboratory.

Despite fearing her rejection and destruction by those who would not accept her, Diana secretly protected the weak and innocent, from the vile and vicious who would prey on them from the shadows. During an assault on the Vatican by a horde of vampyres, Diana revealed herself and intervened as she could not in good conscience stand by merely watching. She was joined in battle by Flint, Brass, and other Society members who’d been alerted to the attack.

Impressed by her courage, and seeing first hand her vastly superior strength and ability to heal from the most horrific of wounds, Flint asked her to join him in his battle against the forces of darkness. Diana accepted, glad to find friends, purpose, a place to call home, and with Flint and Brass became the trinity at the core of the Society. 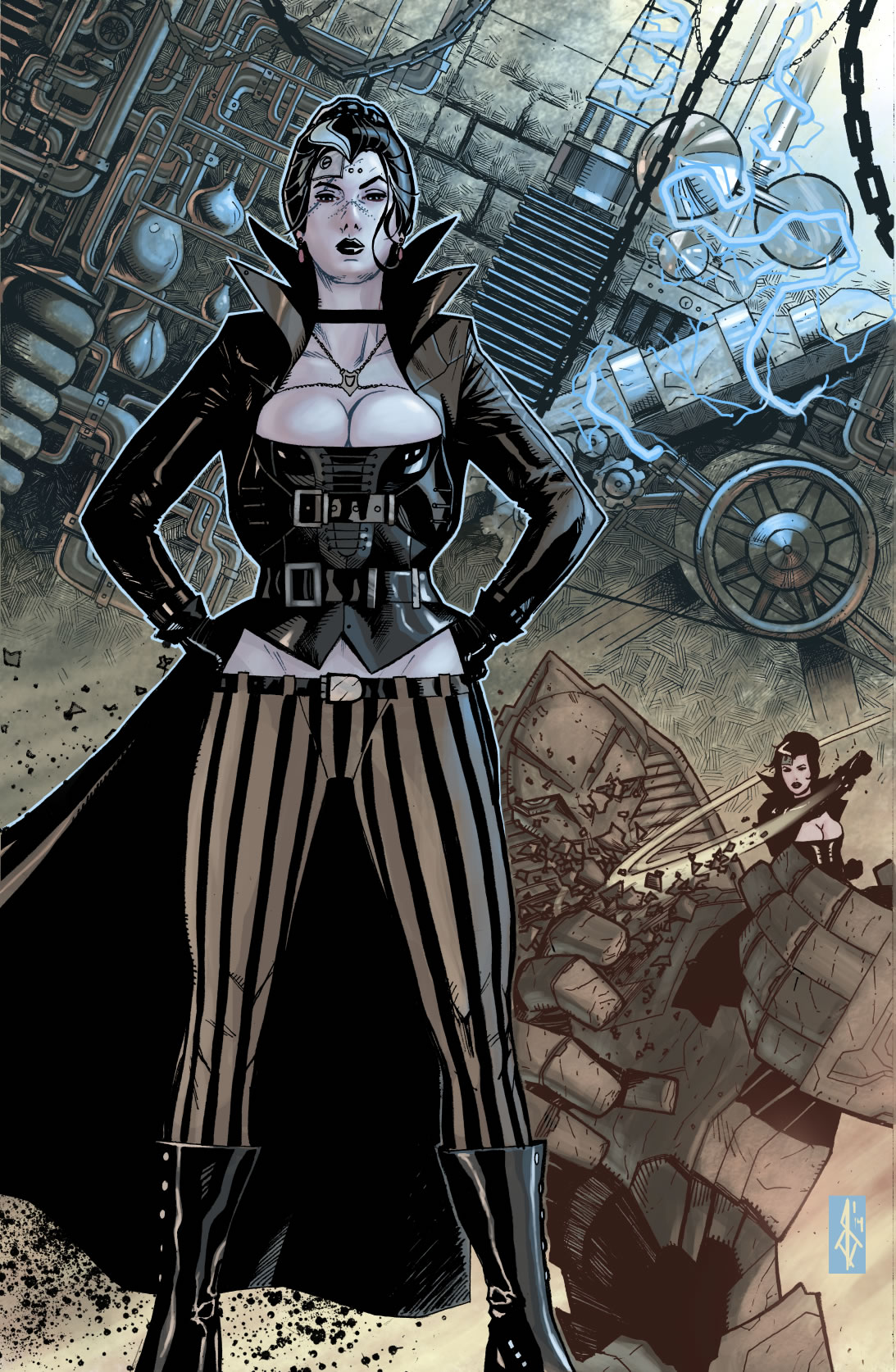