His name is legend and as with all legends there is a truth from which they grow.

While not the first vampyre to walk the Earth, he is the most deadly and ambitious in his desire to rule all mankind. There has always been someone brave enough to stand fast against the self-styled Prince of Darkness, and in the late 1880′s The Society of Esoteric Technica have taken on that task, clashing with his vampyre hordes on numerous occasions.

As many tales will attest, the Lord of the vampyres is a formidable opponent, possessed of an array of supernatural talents.  He is as strong as 20 men, and has the ability to affect the weather at his location, summoning up storms at will. Dracula possesses hypnotic and telepathic abilities, in his human form can levitate and fly in a limited capacity, and in addition to this, his ability to transform into a large bat-like creature affords him the full power of flight, due to growing large wings from his back. He has also been seen to transform into a large beast similar to a dog, and become a mist.  The bodily transformations may also account for him being able to almost appear and disappear at will, and pass through impossibly small spaces such as a crack in a wall.

Unlike legend sunlight does not kill or harm him, only preventing his full range of abilities, such as not being able to physically transform himself in full daylight. While he has been staked through the heart, and on one occasion decapitated by Flint, he has returned fully recovered from the encounter.

At first Dracula sought only to indulge his pleasures with the power at his hands. As time passed, and as he wandered across the globe, the horrors humanity visited upon themselves made him see the average human as beneath him, worthwhile only as food or slaves. With industry becoming a driving force in the world in the 1800’s, and the teeming masses spreading out building cities and ruining the land, sea, and sky, Dracula decided that mankind was not fit to rule the world. He began to turn the dregs of his vampyre children, those he’d turned for fun or to pleasure him, into a more formidable, purposeful force. Vampyrism, and those in its thrall, became emboldened by a religious fervour with Dracula as their God.

Many times he acted to infiltrate or over throw governments and royal kingdoms, only to be thwarted by Heracles Flint and his associates.

However fate has gifted him a means to cast off the Society of Esoteric Technica, and take his plans for dominance to somewhere they will not be a threat. Dracula is ageless, Flint is not, and the world of tomorrow will fall before him. 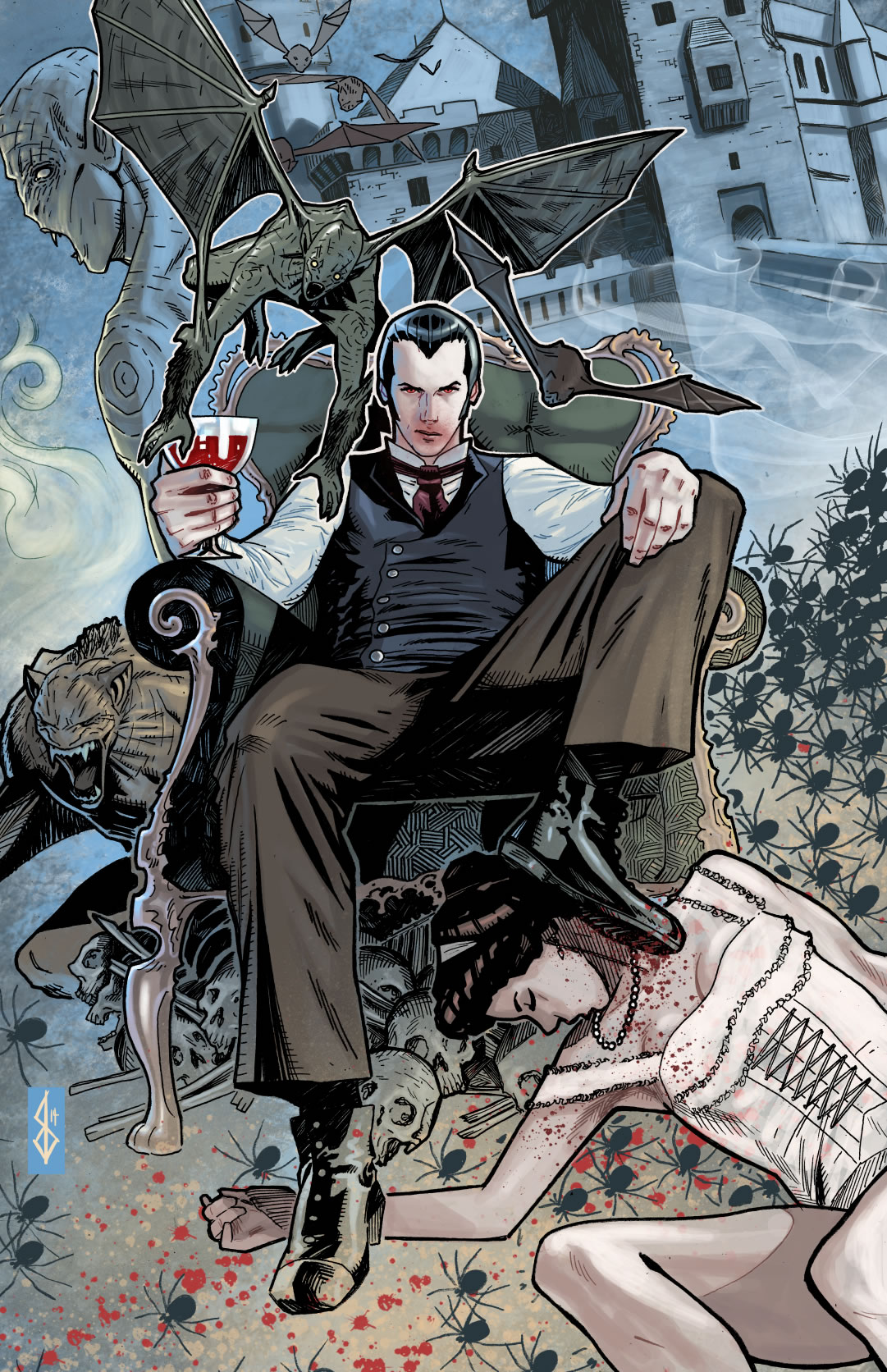